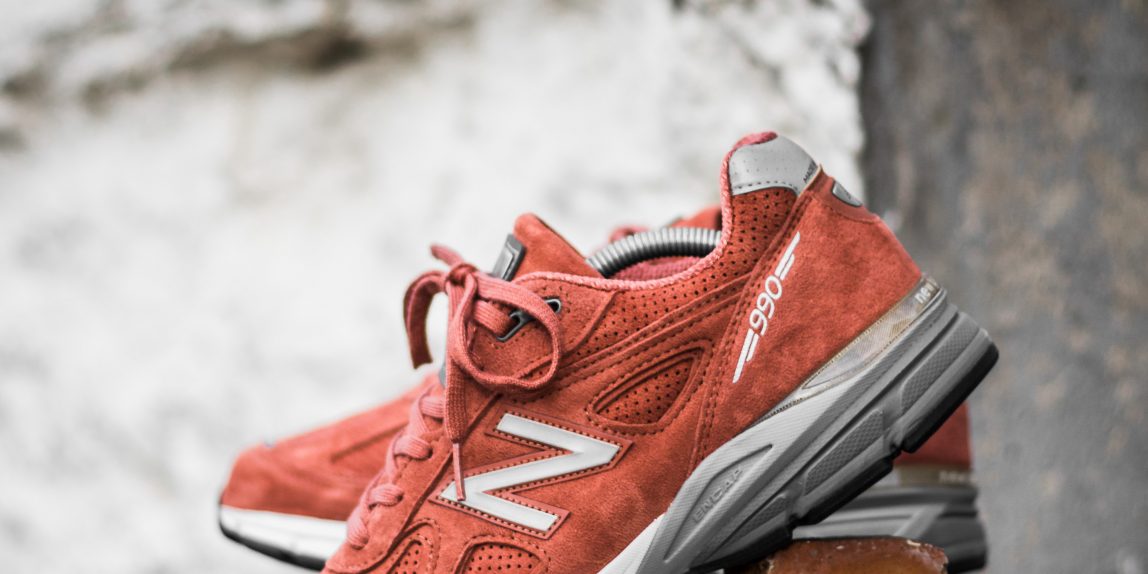 A love letter to New Balance​

One number, one promise

990 is neither an airplane of a well-known manufacturer, nor a new sedan in the product range of a German automobile company. 990 stands for elegance and sportiness, for understatement and perfection among sneaker fans. 990 – this number stands for everything the New Balance brand stands for. ​

​In 1982, after four years of research and development, the New Balance M990 era began.
“Why did it take four years?” you probably ask yourself.
New Balance’s goal was to create the perfect balance between flexibility and support to produce the best running shoe available. This was achieved through a series of innovative processes – and innovation takes time.
The perfect mix of flexibility and support also allowed New Balance to justify the price of the shoe, because in 1982 the M990 was the first running shoe to be available on the shop shelves for $100.
Despite the high price for that time, the New Balance M990 caught fire and became a timeless legend.

16 years later, in the year 1998, the New Balance M990V2 followed the update and the naming convention on the part of New Balance – the 99X series was born.
The 99X series also includes the M996, M997, M991 and other well-known New Balance models.
The M990V2 came with a redesigned upper and “Abzorb” sole that ran the length of the footbed and ended at the heel in a transparent bubble similar to Nike.
For the 30th birthday of the New Balance M990 the M990V3 was released, which differs optically from V1 and V2. In contrast to its predecessor, the V3 is more breathable due to the higher mesh proportion. In general, the models differ in their aesthetics. The technology in the midsole remained relatively unchanged – never change a running system.
Only four years later, the fourth version of the legendary running shoe came onto the market.
The V4 combined the elements of its predecessors and came with a larger “N” logo and various leather elements (pigskin and cowhide) to highlight the contours of the mesh.
The ENCAP sole unit was used again: it is made of a polyurethane ring with a strong EVA core and offers an optimal balance between cushioning and stability.
The latest iteration of the M990 is – who would have thought it – the M990V5, which made its debut this year.
In contrast to the V4, there is less mesh on the outside. Apart from that, there were hardly any changes here either. The midsole was designed a bit cleaner and the shoe got a strap, which should give more stability to the ankle.

You don’t know which shoe to combine with your outfit? Just try the New Balance M990!
“Worn by supermodels in London and dads in Ohio” is the slogan for the New Balance M990V5 earlier this year. A dad-shoe worn by models and celebrities? Can this work? And how!
The New Balance M990 has always been a match for everything and everyone, so it doesn’t matter whether it’s worn for gardening in Ohio or for photo shoots and catwalks in London.
But you can also use this slogan for its predecessor. The New Balance M990V4 is popular everywhere. Whether it’s sneakerheads, fathers who long for comfortable running shoes or even tech billionaires like Steve Jobs (who wore the M993 – still 99X series though).
But why might it be that such a shoe appeals to such a broad mass and is bought and worn by them? The suitability for everyday use! The classic New Balance Grey just goes with everything!
New Balance wanted to stand out not only in price, but also in colour. While other manufacturers jumped on the trend and offered their shoes in bright colours, New Balance held back and chose a light grey for their new flagship – the complete opposite. But it worked. Every first new iteration of the 99X series has always come in a plain grey.
Ultimately, it doesn’t matter how the New Balance 990 is combined. In your sweatpants to the liquorstore to buy another beer? Fits! Combined with your suit trousers on Casual Friday? You got it! Also to the meal with the parents-in-law one is well dressed with the shoe.
Optically, New Balance has managed to achieve a balancing act between sportiness and elegance – this is simply due to the simple, grey pigskin upper that has been used since the introduction of the M990.
You also have to let New Balance know that they have released the M990V4 just in time.
The Dad-Shoe trend has given the shoe even more weight due to its silhouette, helping New Balance to establish the brand with a very different customer base in this country.
In the USA the situation is quite different: In the DCMV area, i.e. D.C., Maryland and Virginia, the 990 has been one of the wearers’ favourites since the OG 1982, while in Germany it only started with the release of the fourth edition.

In my opinion, the New Balance M990 is far more beautiful than many of its competitors on the market.
If you know New Balance, you know that the quality is hard to beat – The New Balance M990JP4 comes without mesh, but with a partly perforated upper made completely of pigskin, which is both robust and very comfortable to wear.
The orange of the shoe is called “Burned Orange” and in my opinion goes more in the direction of red or brick red. The laces and a part of the outsole are kept in the same colour and thus give a nice, simple and tonal overall result, while the white/grey midsole forms a nice contrast to it.
For me personally, the New Balance 990V4 is one of the most comfortable and underestimated silhouettes on the German market.
Besides really nice collaborations like the one with Stussy, New Balance always manages to bring very nice and high quality general releases to the market. For me it is one of the few brands that manages the balancing act between high-quality collaborations and equally high-quality general releases – in the sense of quality over quantity.
The latest addition to the 990 family has unfortunately not convinced me 100 percent so far. Sure, it’s beautiful and more comfortable than the V4 – and the V4 is really comfortable – but I like the midsole and the sidepanels on the V4 more than on the V5.
So if you’re interested in the New Balance M990V4 or the V5, check out the popular retailers. With a little luck you can find a pair for 120€ or more. Retail is 200€ for both models.
But New Balance, if you should read this and still have a pair of V4 or V5 left – preferably in grey – please let me know. Of course I would be very happy! 😀 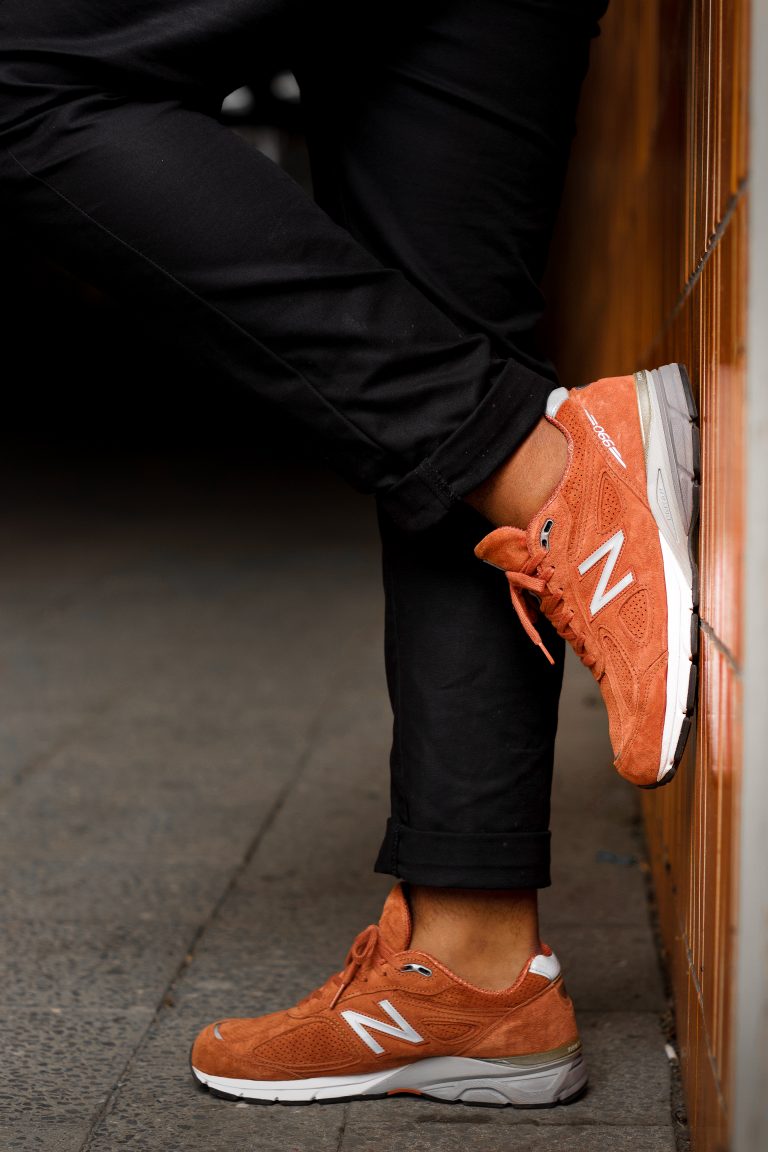 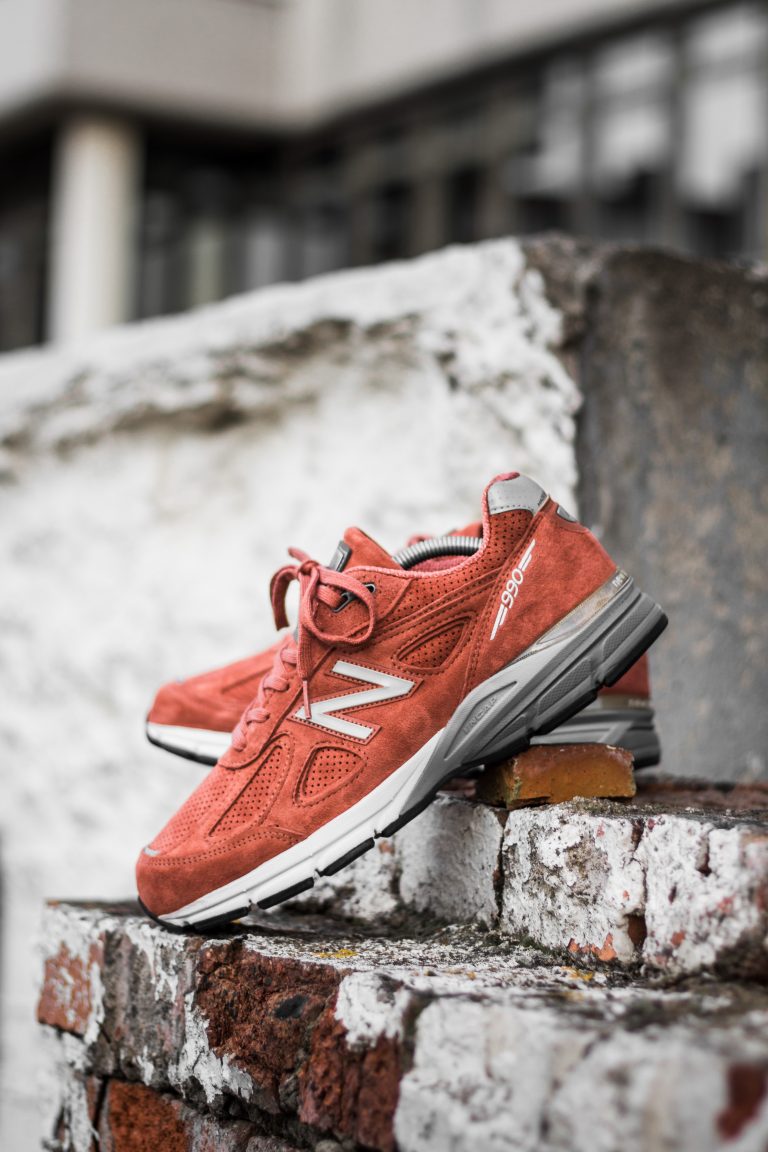