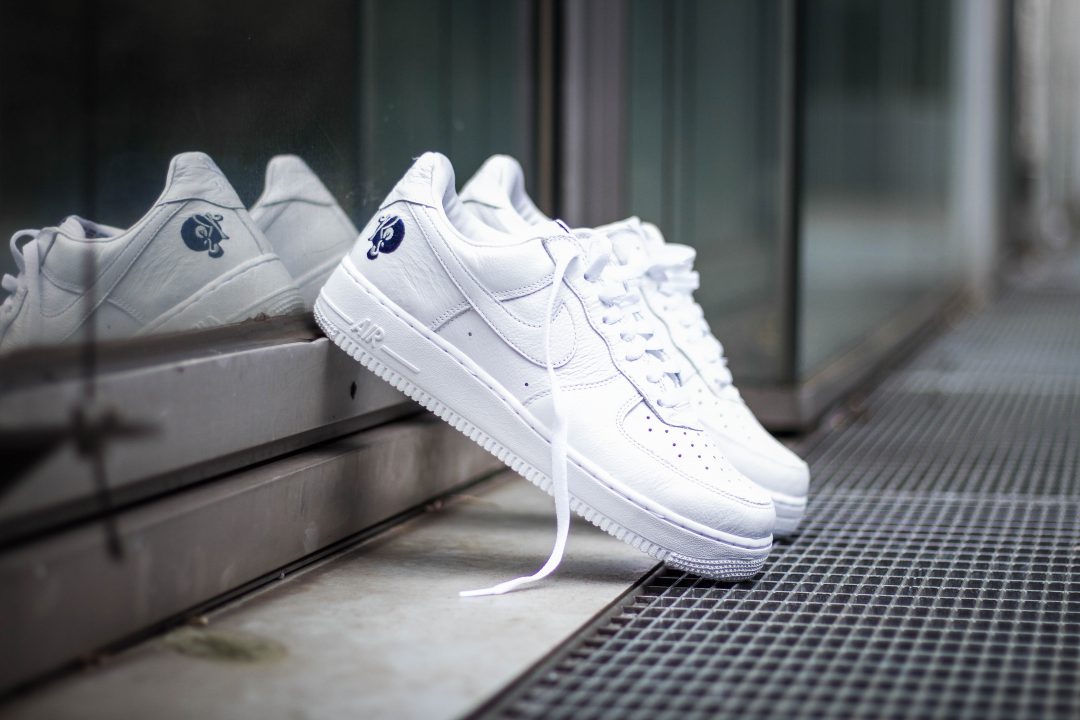 Last year the Nike Air Force 1 celebrated its 35th birthday. Reason enough for Nike to work with several visionaries on the silhouette. Thus, a total of 5 collaborations on the Air Force 1 came together. Besides Travis Scott, Virgil Abloh, Errolson Hugh and Don C also with Kareem “Biggs” Burke, the label boss of Roc-A-Fella Records, who left his mark on one of the most popular silhouettes of the “Golden Era of Hip-Hop”.

As Nike’s first basketball shoe with the Air Unit, the Air Force 1 was often seen on basketball courts from the 80s onwards. But even outside the court it was no less popular and quickly developed into an icon and a status symbol for rappers and those who wanted to be.

Kareem “Biggs” Burke took on this icon and gave it a little more history by embroidering the Roc-A-Fella Records logo on the heel and tongue of the shoe. The shoe was kept rather simple – instead of the white smooth leather the Air Force 1 is wrapped in white “Tumbled Leather”. “Biggs” neither changed the silhouette, as Errolson Hugh did, nor added gimmicks. So it’s not a shoe that immediately catches the eye, but rather people who know what it’s about. For the rest it’s probably just a white Air Force 1 with some logo on the heel.

Nevertheless, the shoe is always included in my weekly rotation at the moment, because you can’t do anything wrong with a simple Air Force 1 – you can wear anything and it’s super comfortable. In addition, the leather and the workmanship are really first class, which you can’t always say with Nike.

Although it is quite underrated, the whole shoe is really good and a good alternative for people who want a plain white Air Force but still want to stand out from the crowd. The Roc-A-Fella is definitely superior in price to the other models in the AF100 collection, as you can buy it for something over retail. 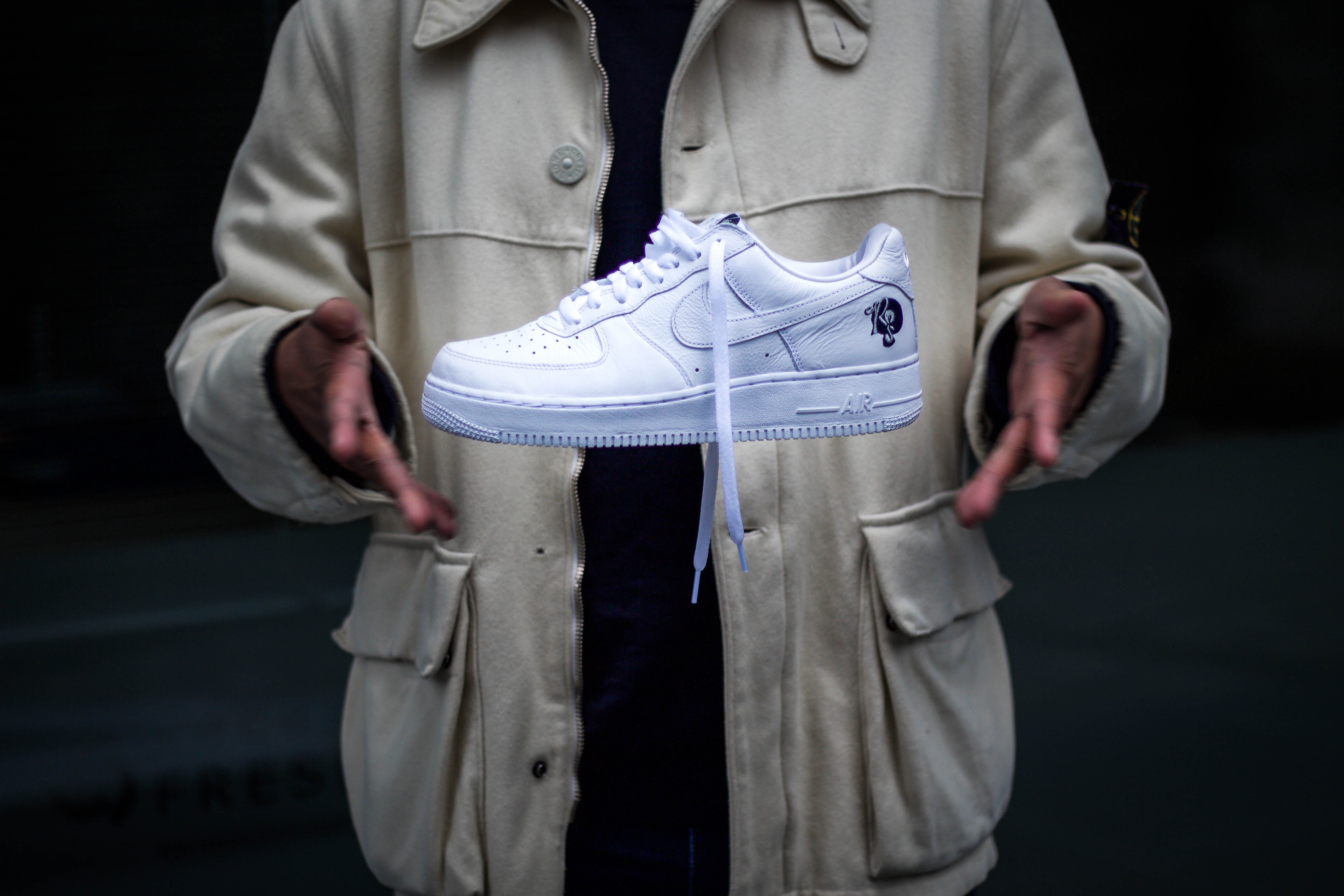